Absolutely the best event at Silverstone is Bentley Drivers’ Day. There is something jaw-dropping about watching men old enough to know better ragging £250,000-worth of racing lorry (pace, Ettore) around a track at daft speeds. There’s something even better about getting the chance to talk to them in the paddock afterwards. None of your ‘access all areas’ passes here – everyone gets in and everyone’s happy to sniff the Castrol R and chat.

This year was even better than usual. It rained.

Imagine ragging this this thing around a bone-dry track – let alone a wet one:

Most old Bentleys are silly. Way too much power. Skinny tyres. Rear wheel drive trying desperately to hang on to ocean-liner torque. This is the ultimate silly Bentley.

It’s the Napier Bentley. David Llewellyn built it back in the late 1960s by nailing a 24 Litre Napier Sea Lion W12 aeroplane engine to a 1929 8 Litre Bentley’s chassis. It sprays out 550 bhp through tyres that are no wider than the tyres on my Ural. That’s like trying to take Cerberus for a walk through a cattery on a piece of chewed string.

Of course, this being the ultimate capitalistfest, I decided to take the Ural. Without exception, every Bentley that passed me on the way to Silverstone waved and hooted. They were smiling too, so I don’t think it was patrician contempt.

Pulling into the carpark, I was faced with about an acre of empty space with just a couple of empty cars around the edges.

I did what any self-respecting pilot of a commie outfit would do in the very heartland of capitalism.

I checked around – no-one in sight. So I pulled the bars left, gassed it and hauled the chair as high as I could, right across the carpark, whooping like a banshee. Was good? Da. 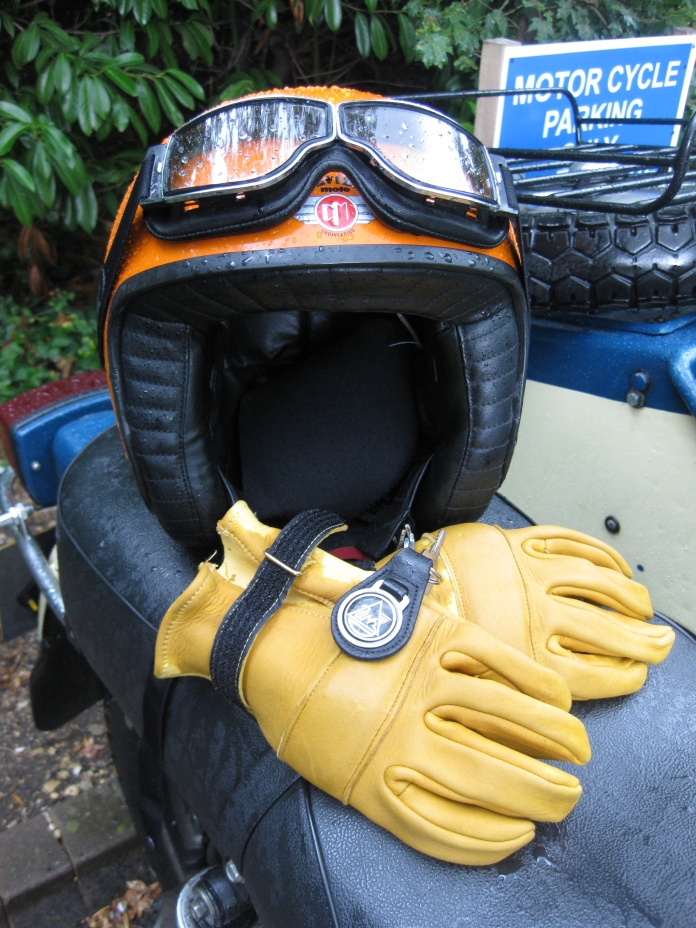 Of course, I’d completely failed to spot the group of people minding their own business and enjoying a quiet picnic, sat next to their unfeasibly expensive cars. And I failed to spot them for about five solid minutes of silliness and whooping.

Then I saw them. And, rather like a five year old in church with a party-blower who’s just spotted the vicar, the chair came down and I tried to pretend nothing had ever happened.

Flying the chair? Who? Me? Noooooo.

And, lovely people that the Bentley Drivers’ Club are, they applauded and told me to do it again.